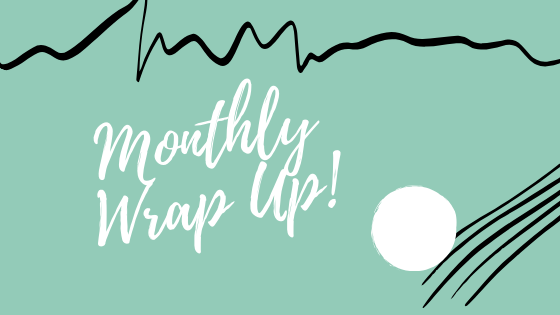 This month was not as successful as January, but who is actually surprised? This month has been rough for me in terms of mental health, and I truly apologize…AGAIN for not posting as much as I should. This month I finished three books, and over half of another.

The Song of Achilles by Madeline Miller – ⭐⭐⭐⭐⭐

I know this was quite short, and sweet, but I figured I would let you all in on the progress I have made. Hopefully March will treat me a little bit better. I’m going to try my hardest to read more. I definitely want to, that’s for sure.

If you enjoyed this, then give it a like and follow my blog. Be respectful, and happy reading!

The Song of Achilles by Madeline Miller

Patroclus, a young Greek prince, is exiled to the kingdom of Phthia. He is then raised by King Peleus, and his golden son, Achilles. Patroclus and Achilles have their differences, but they end up coming together to be the best of friends.

There is word one day that Helen of Sparta has been kidnapped, and the men of Greece have to voyage out to Troy. The Fates end up testing both Patroclus and Achilles, forcing them to give a terrible sacrifice.

The best book I have read in a very long time. I’m sure you have all heard about it by now. I have been raving about this book since I finished it. I just want every to understand how much I love it.

I will preface this review by saying that I don’t know anything about Greek mythology. I learned a little bit in high school, but I don’t remember it at all. I haven’t even heard of half of the characters. I thought they were made up. If you have read this and hated it because it doesn’t go along with the actual stories, then I am terribly sorry. I didn’t do any research before I read this. Miller does have a degree in Latin and Ancient Greek. I am putting all of my eggs in one basket here.

I loved the characters in this novel. They were all very distinct, and well developed. I loved that you are thrown into the story without any background on who each character was. There is a character glossary in the back of the book that you can reference while reading. I didn’t really want to know anything about the characters. I would probably criticize more if that were the case. I wanted to just enjoy the story, and take it as it was given to me.

Patroclus was actually a solid main character. He didn’t bug me much, and it was wonderful what he did for Achilles in the end. He always cared dearly for him. Their friendship is one to remember.  It is honestly hard to find that kind of relationship between any of the characters, so when you do find that it is a pleasant surprise.

My least favorite character was probably Agamemnon. He was a jerk, and poor Briseis didn’t ask for any of that. I wanted to climb into the book, and slap him. All of his actions were out of spite. I also didn’t like Odysseus. I don’t know if that’s a popular or unpopular opinion. I just flat out didn’t care for him.

The writing in this novel made me question it a little bit in the beginning, but I soon found out that it worked really well with the tone of the story. It didn’t complicate anything, and I could understand what was happening. The dialogue is what I would have expected from people during that time. It was all done very well, and it definitely shows. I’m very happy with this book, and I hope all of you can pick it up sometime. I highly recommend this.