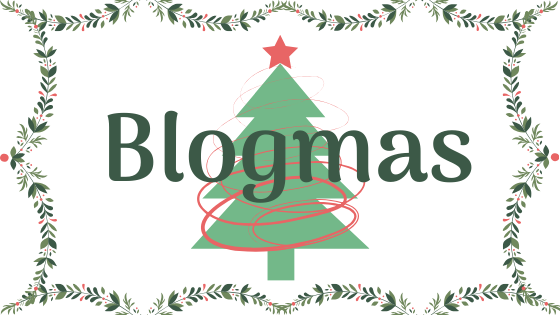 I never talk about who my favorite authors are. I don’t know if you have to read so many books from a certain author to consider it a favorite, but I don’t really want to follow the rules. These are the authors I have read book(s) from and loved. I will also link the Goodreads page to the book(s) that made me love these authors.

P.S: I apologize these posts have been so simple. I definitely expected more out of myself, but my internet has been out and I’ve been working. I get them written/scheduled when and if I can. I hope you all understand. There are 15 more posts to come, so I hope you all stay excited!

The Seven Husbands of Evelyn Hugo

The Evidence of the Affair

Josh & Hazel’s Guide to Not Dating

The Most Fun We Ever Had

The Weight of Ink

Harry Potter and the Sorcerer’s Stone

Everybody Sees the Ants

The Fellowship of the Ring

The Boy at the Door

In ancient times the Rings of Power were crafted by the Elven-smiths, and Sauron, the Dark Lord, forged the One Ring, filling it with his own power so that he could rule all others. But the One Ring was taken from him, and though he sought it throughout Middle-earth, it remained lost to him. After many ages it fell into the hands of Bilbo Baggins, as told in The Hobbit. In a sleepy village in the Shire, young Frodo Baggins finds himself faced with an immense task, as his elderly cousin Bilbo entrusts the Ring to his care. Frodo must leave his home and make a perilous journey across Middle-earth to the Cracks of Doom, there to destroy the Ring and foil the Dark Lord in his evil purpose.

All that is gold does not glitter,

Not all those who wander are lost;

The old that is strong does not wither,

Deep roots are not reached by the frost.

From the ashes a fire shall be woken,

A light from the shadows shall spring;

Renewed shall be blade that was broken:

The crownless again shall be king.

I could have used the quote about one ring ruling them all but I thought I would use a different one that I loved.

I don’t usually discuss themes about a book, but I figured I would maybe give it a shot. Good vs Evil would definitely fit this novel. I know it sounds lame and childish but it fits the description very well. Frodo needs to destroy the ring so that the enemy, Sauron, doesn’t find it and take over. It’s very simple, and I’m not the best person to sit and analyze a book like crazy. I wish I was though, and I know I can definitely learn but as of right now I do not.

If you read The Fellowship of the Ring let me know what you thought of it down in the comments! If you enjoyed reading this then give it a like and follow me while I continue my journey with Frodo and all of his companions and enemies. Be respectful and happy reading! 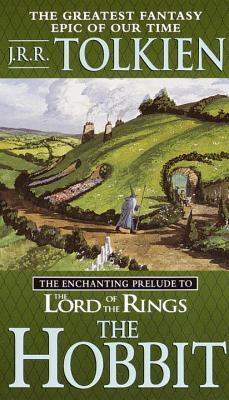 Whisked away from his comfortable, unambitious life in his hobbit-hole in Bag End by Gandalf the wizard and a company of dwarves, Bilbo Baggins finds himself caught up in a plot to raid the treasure hoard of Smaug the Magnificent, a large and very dangerous dragon. Although quite reluctant to take part in this quest, Bilbo surprises even himself by his resourcefulness and his skill as a burglar! Written for J.R.R. Tolkien’s own children, The Hobbit met with instant success when published in 1937. Now, in 1997, this special new edition, illustrated by Alan Lee, commemorates the sixtieth anniversary of a great classic.

“out of the frying-pan and into the fire”

Never would have expected this book to end up being a 4 star rating from me. For many years I have declined the offer to watch or even read The Hobbit or the Lord of the Rings. I figured it wasn’t my type. I was very wrong and, even though I don’t read fantasy, I enjoyed this book a lot. I’m going to describe what I didn’t really enjoy about the book first since that will be a much shorter list.

Here’s what I did enjoy:

Overall I fell in love with this book. If you don’t read fantasy, please give this a try. It’s easy enough to follow and very funny. You will fall in love with the characters and the world. I’ve learned that fantasy isn’t all that scary and I should definitely give it a chance. I am moving on to Lord of the Rings next and I have never been more excited. I’d say it was a success and will probably end up being one of my top 5 favorite books of 2018, and it’s only January.

If you have read The Hobbit, let me know what you thought down in the comments. If you enjoyed reading this post, give it a like and follow me for future blog posts if you don’t already. I will also be doing a book to movie adaptation, so keep an eye out for that in the next week or so. Be respectful and happy reading!