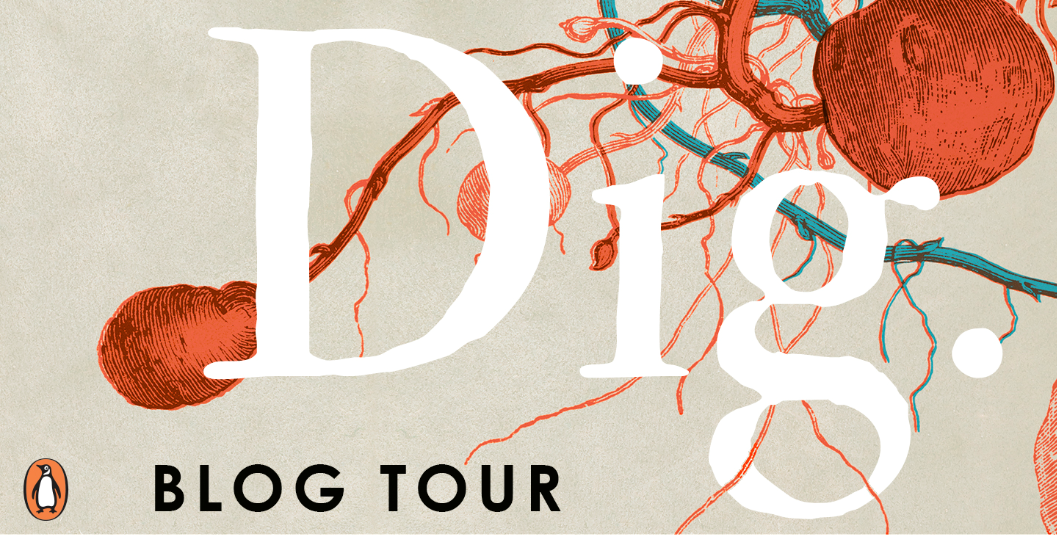 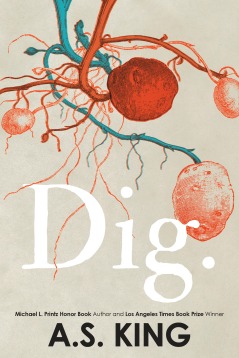 Acclaimed master of the YA novel A.S. King’s eleventh book is a surreal and searing dive into the tangled secrets of a wealthy white family in suburban Pennsylvania and the terrible cost the family’s children pay to maintain the family name.

The Shoveler, the Freak, CanIHelpYou?, Loretta the Flea-Circus Ring Mistress, and First-Class Malcolm. These are the five teenagers lost in the Hemmings family’s maze of tangled secrets. Only a generation removed from being Pennsylvania potato farmers, Gottfried and Marla Hemmings managed to trade digging spuds for developing subdivisions and now sit atop a seven-figure bank account–wealth they’ve declined to pass on to their adult children or their teenage grandchildren. “Because we want them to thrive,” Marla always says. What does thriving look like? Like carrying a snow shovel everywhere. Like selling pot at the Arby’s drive-thru window. Like a first class ticket to Jamaica between cancer treatments. Like a flea-circus in a double-wide. Like the GPS coordinates to a mound of dirt in a New Jersey forest. As the rot just beneath the surface of the Hemmings’ precious suburban respectability begins to spread, the far-flung grandchildren gradually find their ways back to one another, just in time to uncover the terrible cost of maintaining the family name.

With her inimitable surrealism and insight into teenage experience, A.S. King explores how a corrosive culture of polite, affluent white supremacy tears a family apart and how one determined generation can save themselves.

A.S. King is the critically acclaimed author of many novels for young adults and middle readers, including Still Life with Tornado. Her fiction has earned numerous awards, including an L.A. Times Book Prize, a Printz Honor, and over fifty starred reviews.The New York Times called her “one of the best YA writers working today.” She lives in Pennsylvania with her family.

All of the characters in this novel are vastly different from one another. Do you take inspiration from people in your life, or are the characters strictly imaginative?

“All the main characters in Dig are imaginative, but I think every writer uses part of their personal experience in order to create their characters. Character is where I feel most comfortable. I have to be, because I have to trust them to tell me their stories. This is how I write all my books—by the seat of my pants and with full trust in my characters to tell me what they need me to say.
Ideas for character traits and action can come from real life. Bill and Jake Marks, for example, are strictly from imagination, however what they do outside schools is based on a pair of brothers I knew and who came to my school (and others) to do that. (Sorry to be vague on that one…spoilers!)
That said, there are a few characters in this novel who come directly from real life. The cashew nut milk lady is a good friend of mine who makes and sells…cashew nut milk. I love the stuff. (But like Gottfried, only the chocolate flavor.) Also, the Shoveler’s neighbor was based on a real neighbor I had in 1991 who loaned me his snow shovel when I didn’t have one. I only saw the tattoo on his arm in summer. There’s a note in the acknowledgements about that.”

Dig does not shy away from societal commentary. This is one of the many reasons I enjoyed this book so much. Did you hesitate to write a book with such a strong opinion like this one?

“I didn’t so much hesitate to write it. When you write by the seat of your pants, the subject matter comes from the characters, and with nine characters it took me a while to figure out how the whole thing would piece together. But I always knew what I was writing about.
I knew I was writing about whiteness, because I set out to write about it, and the Marks bothers showed up right there in the beginning, so I knew I’d be tackling some edgy subject matter. Did it scare me sometimes? Sure. Am I aware that it’s going to make some people uncomfortable? Yeah. Do I care? Not really. If a truthful portrayal of casual, “acceptable” racism based on sound history is something anyone is willing to argue with me about, then I probably have no use in arguing with them. Kelly Sue DeConnick said something once—in response to a question about her work making certain people uncomfortable. She answered, “I am willing to make people uncomfortable so that my daughter doesn’t have to!” I agree with this. I’ve never hesitated to write books about the truth. I know the truth scares people most of the time, but for me, it’s just the truth.”

Sometimes it’s difficult to pick up young adult novels when you’re almost in your mid twenties. What advice do you have for all the readers that don’t gravitate toward young adult novels? Is there anything that you find important that people may not know or understand about young adult fiction?

“Young adult fiction has so many different genres within it. Just like adult fiction. Non-readers of YA often talk about YA as if it’s cookie-cutter stuff. It’s not.
My books are often referred to as crossover novels, and I think that’s accurate. I set out 25 years ago to write books that would help adults and teens understand each other and themselves a bit better. And most would agree that my novels are for both audiences. Since the first published book, half my fans have been adults. Dig certainly has massive adult reader appeal. But that’s not what you asked.
The misunderstanding of YA lit may lie in how we undermine teenagers (and anything they like) in this culture. You mentioned ‘almost-mid-twenties’ in your question. I am nearly 50, so to me almost-mid-twenties and 18 are really not that different. But I know that it’s very different when you are there. All to say: our culture promotes often underestimating and disrespecting those younger than us. The eye rolls are audible. It’s expected, then—the minute your age doesn’t start with the number 1 anymore—to be “grown up” or adult…and to look down on teens (and the things teens like, or narratives about teens) the same way as “adults” do. But maturity has nothing to do with age. I know a lot of kids who are still in high school that are more mature than some 50-something-year-olds I know.
Maybe there’s a “I won’t relate to that teen story” problem. I say: so you only read books about people your own age/gender/race/religion that reflect only similar experiences to yourself? That’s probably not good for your brain. What’s wrong with seeing the real lives of teenagers? It’s pretty interesting stuff, and if you ask me, crucial. Maybe if lawmakers (and voters) read more about what it’s really like to be a teen these days, they’d have greater decency in their votes when it comes to things like common sense gun laws, adolescent mental health, and education in general. Otherwise kids are still seen and not heard, right?
But most of all, I think quality young adult literature can be a sort of way to look back at our own childhoods and teen lives and figure out some stuff. You do know that takes a whole lifetime, right? Why not speed up the process by revisiting it? Are we too embarrassed to admit we were once teens? Isn’t that what the eye-rolling does to us? So maybe reading quality YA lit can actually help you live a more fulfilling life as an adult. I truly believe it does. If that isn’t incentive, I don’t know what is.”

The potato is definitely a mascot for this book. What came first when writing the novel, the symbolism of the potato, the characters, or the plot?

“Characters first, potatoes second (because the characters kept mentioning them), and plot always comes dead last, but somehow magically unfolds itself often without me knowing.”

Thank you again for answering my questions! I really appreciate it. These are the last two that I have for you. Have you ever considered writing non fiction? Has it ever crossed your mind when thinking of what to write next?

“Yes, I think about writing non-fiction in weird ways all the time. Never straight-up non-fiction. Usually it’s a kind of memoir/think piece combo about one specific idea/theme. Much like the way Dig works out. I’ve been [veeerrrrry slowly] working on a graphic-format project in this vein, but I haven’t had much time to write outside of my contracted work. Contracted work pays the bills, so it’s a priority. But one day, I will make time and space to branch out in the ways I’ve wanted to for decades.”

Thank you so much for having me on the blog today and for reading Dig. I’m happy to hear you enjoyed it. You rock! –Amy

This was such an honor to be part of. I’ve never done anything like this, or even had the chance to take part in something like this. I loved learning about what she thought about the Young Adult genre, and how she came up with some of her characters. Thank you to her for taking time out of her day to answer my questions. I really do appreciate it. Also, a big thank you to Penguin Random House for allowing me to read the book, and participate in this blog tour. It’s been such a great experience!

Down below is the schedule for the other participants in the blog tour! Definitely go check out their content. I’m looking forward to seeing all of it.

March 26 – Mel to the Any – Author Guest Post: Who was her favorite character and why?

If you want to see my thoughts on this novel, head on over to my Goodreads!

If you enjoyed this, then give it a like, and follow my blog. Be respectful, and happy reading!